Ride the Ride-Sharing Wave with GovPilot

A previous blog post discusses how GovPilot government management software can help cities embrace and benefit from the emergence of Airbnb and similar services. Just as such services have transformed the hospitality industry, Uber, Lyft and other ride-sharing apps have altered the taxi and limousine trade— a change that many local governments do not welcome.

This piece explains how GovPilot cities can leverage the popular ride-sharing business model to generate revenue and differentiate it from more traditional forms of transportation.

The year was 2009. Apple’s App Store had survived its first year and app culture was settling into its new place in the socioeconomic landscape. The recent “appification” of everything from gaming to shopping stood in stark contrast to the time and effort it still took to hail a taxi—a chasm that Garrett Camp and Travis Kalanick sought to close with their mobile app, Uber Cab. 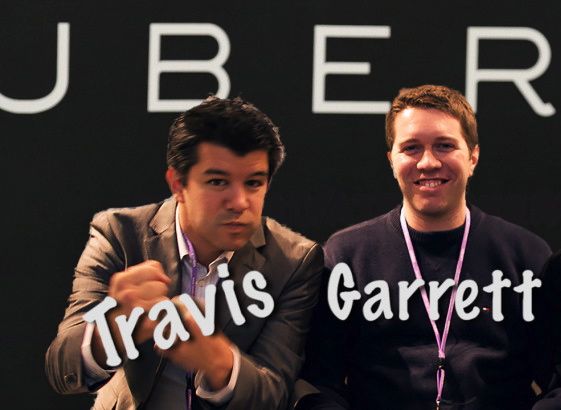 The concept is as follows. Uber Cab users request a ride through the app. A nearby Uber driver, a part-time or full-time chauffeur who has registered their personal vehicle with the company, accepts the request and the app displays an estimated time of arrival at the user’s designated pick-up location. The app provides driver information including first name, vehicle type and license plate number for a quick and easy meeting. Once the user has reached their destination, fare is automatically calculated and charged to the payment method linked to their Uber Cab account. Driver and user are encouraged to rate one another.

Camp and Kalanick received $200,000 in seed funding and raised an additional $1.25 million to launch a beta version of the app in 2010. Following a successful test run, Uber Cab’s services and mobile app officially launched in San Francisco, California in 2011.

As the 21st century settled into its second decade, Uber Cab grew from another clever app idea to a force to be reckoned with, dropping the “Cab” along the way. Uber drivers popped-up in cities across the United States. By the end of 2011,the service had gone international.  As of August 2016,Uber’s services are available in over 66 countries and 507 cities worldwide. The company is estimated to be worth $62.5 billion.

In the years since Uber’s debut, a number of ride-sharing apps have come on the scene, contributing to the development of the share economy, a system of peer-to-peer services.

The rise of an economy dependent on amateur-provided services challenges the strict separation between individual and enterprise that forms the basis of most local government laws. It is not surprising then, that many cities have responded to the arrival of Uber and similar ride-sharing services with resistance ranging from apprehension to complete prohibition.

The city of Portland, Oregon famously fought Uber, arguing that the app’s lax regulations placed Portland’s law-abiding taxi drivers at a disadvantage. For example, Portland caps taxi drivers’ rates while Uber drivers practice surge pricing, raising fares during inclement weather and on other peak occasions. The Portland-Uber feud ended in October 2015 with the Oregon Bureau of Labor and Industries ruling that Uber drivers are not, as Uber insisted, independent contractors,  but state employees.

In May 2016, residents of Austin, Texas voted to uphold strict regulations on ride-sharing companies and their drivers — specifically, fingerprint-based background checks, a requirement that cars must be clearly marked with the companies' logos, and rules on where drivers can pick-up and drop off passengers. The restrictions proved too stifling for Uber and its main competitor, Lyft, with both suspending service in the city.

The relationship between city and ride-sharing app does not have to be a contentious one. Much like Jersey City, New Jersey created legislation to capitalize on fellow share economy leader, Airbnb, cities can draft new rules and regulations to grow with and benefit from Uber and the current crop of ride-sharing apps. GovPilot can help.

GovPilot offers over 100 process templates, automated versions of routine government functions. This includes a template that streamlines the traditional taxicab operator registration process. Process templates are fully customizable, allowing a municipality’s laws to evolve to account for the changing job requirements that come with changing times.

For example, a city can customize a process template’s digital forms to fit its unique approach to Uber-style services. Placed on the city’s official website and accessible 24/7 via virtually any device, these forms make it simple for drivers to register and learn the city’s rules. Thanks to payment processing capabilities, any associated fees can be paid online. Form data is stored in GovPilot’s secure, web-based server, which is accessible to all government employees with role-based permission.

Ride-sharing services rolling into town? Sit back, relax and enjoy the ride with GovPilot!