With a population of nearly 38,000, Atlantic City receives at least 120 zoning permit requests per month. For years the city relied on paper forms to accept and process permit applications which often took days or weeks to process a single application. Paper applications had to be mailed in, and would often be submitted incomplete or illegibly, causing headaches for city staff, and further delaying the process. Payments were also submitted by mail resulting in delayed or lost payments to the city.

The paper-based process also meant that inter-departmental data was not easily accessible, requiring zoning department staff to call, email, or walk to other departments that had necessary information. Additionally the status of applications was not readily available, and providing updates to applicants was extremely difficult.

A key recommendation of the State of New Jersey’s 2018 transition report for returning Atlantic City to self-governance, was for the city to invest in software to manage and share data about services and analyze results. The Atlantic City Implementation plan drafted by the state’s Department of Community Affairs, detailed that, “such software should result in faster delivery of services provided to residents, greater transparency, faster data sharing between city departments and the public, and greater confidence in city government by residents and the broader community.”

Through a competitive process, officials from The State of New Jersey Department of Community Affairs and Atlantic City thoroughly vetted and ultimately selected GovPilot as the enterprise government management software platform for the city. Atlantic City's Chief Information Officer, Patrick Quinlan worked closely with GovPilot's Customer Success team to deploy multiple modules across several of the city's departments and ensure adoption among employees.

One department included Zoning, run by the city’s Zoning Officer, Clinton Walden. Mr. Walden who was eager to modernize his department. “GovPilot has moved Atlantic City’s Zoning Department into the 21st century, and has been a tremendous asset to us, especially as we have dealt with COVID”, said Walden.

According to Mr. Walden, GovPilot has enabled the Zoning Department to operate more efficiently and be more productive than it ever has in the past.

Results
40% Time Savings
Significant time savings achieved by eliminating back and forth communications with applicants and other departments.
Eliminated Paper
Forms and applications are no longer submitted illegibly or incomplete, solving a problem that caused significant delays in service prior to GovPilot.
Instant Updates
With GovPilot, zoning staff can instantly pull up the records and status of any zoning application, and provide applicants a real-time update.
Digital Payment
GovPilot enables applicants to pay fees digitally with their credit card, allowing Atlantic City to generate revenue instantly and ensure proper accounting. 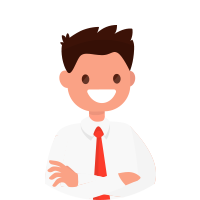 “This initiative is a game-changer for city constituents on multiple levels. It makes city government more user-friendly, more convenient and more responsive to its residents.”

"We know how important and valuable this is - to move from paper. The [paper] process was so cumbersome and backwards. GovPilot saves us a tremendous amount of time and legwork.”