How Can Local Governments Manage Invasive Species? Everything to Know 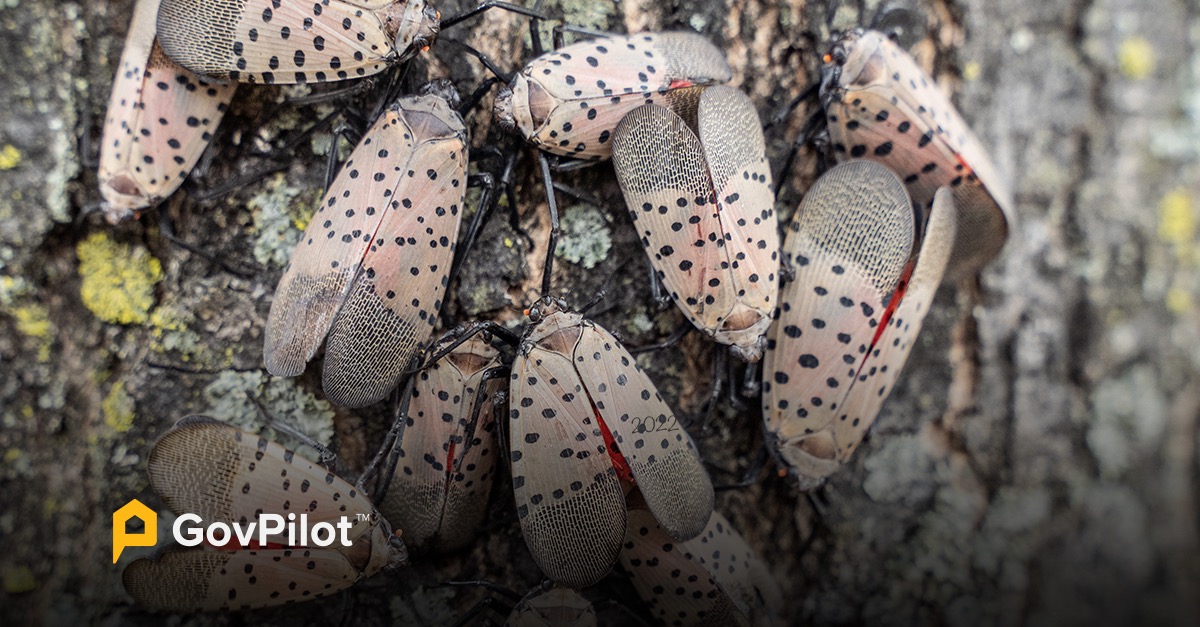 If you walked outside right now, you’d likely encounter at least one or two invasive species lurking right on City Hall grounds. These pesky organisms have grown increasingly widespread as our world connects globally through international trade and travel. Unfortunately, these species can devastate local ecosystems, putting an estimated 42% of threatened or endangered species at risk of extinction.

What are invasive species?

But first: what makes an organism invasive in the first place?

An invasive species is a non-native, living organism (such as a plant, animal, or insect) that’s been introduced to a new habitat. If similar enough to its original habitat, this non-native species can quickly outcompete an ecosystem’s native species for resources like food and water.

But not all non-native species become invasive. Species that become invasive are typically those that don’t have as many predators, or other limits to their growth, in their new habitat as they did in their old. As a result, they have a competitive advantage and can quickly crowd out the organisms that still have a natural check on their spread.

How are invasive species spread?

Invasive species are generally introduced to new ecosystems by humans, which is why local governments must take responsibility for invasive species control. Some causes include:

Additionally, human-driven climate change has caused some habitats to become rainier, warmer, or generally more hospitable to certain plants, animals, and insects. As a result, organisms that at one point weren’t able to live in an ecosystem are now able to prosper there.

Why should invasive species matter to local governments? What makes them harmful?

Over time, invasive species outcompete native species for resources. In some cases, this can cause native organisms to become extinct because they can no longer access enough food, water, or other resources to survive. Invasive species can also impact ecosystem health, biodiversity, and the local economy, among many other things. We’ll discuss these issues in more detail next.

Why are invasive species problematic?

Actions Your Local Government Should Take to Address Invasive Species

You can also create informative pamphlets that discuss prevalent invasive species in your region. Local businesses can include these pamphlets near their check-out stations and distribute them to customers, so citizens know which plants or animals to avoid bringing into their communities.

Learn more about the benefits that public / private sector partnerships pose for your locality.

Effective invasive species control requires involving the public in eradication efforts. In addition to distributing the educational pamphlets mentioned above, departments in your agency might host community education events to reach additional residents. Your agency can also run advertisement campaigns to engage citizens passively. For example, New Jersey is currently running banner ads on the back of planes that encourage individuals to kill the spotted lantern fly.

You can also create programming to help with the removal of invasive species. Many Parks and Rec Departments across the country host invasive species removal events at public parks, which provides residents with volunteer opportunities for mitigating invasive species. Additionally, GovPilot's report a concern software makes it possible for residents to notify your agency when they see invasive species out and about in your community. We’ll discuss this in more detail next.

How Can Your Municipal or County Government Encourage Local Sustainability? Read on for more info.

Use technology to control invasive species

Modern government management software can be vital to controlling invasive species in your community. Individuals can use GovPilot’s report a concern software to take a picture of a species and submit it to your agency from their phones. Alternatively, they can complete a digital form on your website alerting you to the problem.

Regardless of the method, citizen concerns are automatically geo-tagged on your GIS map so you can see exactly where the species is located. This is particularly helpful if you are trying to control an invasive animal that moves from place to place. GIS maps also provide a sense of where certain species are concentrated across your municipality. Using this information, your agency can create a more targeted local government invasive species strategy.

Read on for more tips on how technology makes it easier to hold local government officials accountable.

Because there are numerous invasive species, including plants, mammals, reptiles, amphibians, insects, fish, and even sea sponges, it would be impossible to go into detail about every single one. As such, you must conduct careful research about the local invasive species that most impact your jurisdiction.

To provide a starting point for your research, we’ve included a table that lists a few regional invasive species. Each organism is harmful for different reasons, so managing invasive species requires highly-targeted approaches. Generally speaking, these invasive species may pose one or more of the following problems to your local government:

There are also invasive species that are more widespread across the United States. For example, an aquatic invasive species known as the Zebra Mussel is found in freshwater lakes in the north and south. This organism can quickly clog water intake valves and harm water infrastructure. Another example is the Lionfish, which lives in warm waters of the Pacific and Atlantic and preys on native fish. Likewise, invasive insects like the emerald ash borer and red-imported fire ant have large ranges across the U.S.

Report a Concern software and automated workflows improve communications between residents and your agency to ensure streamlined action. As a result, invasive species have less time to gain a stronghold in your community, so your local government can make strides towards eradicating invasive organisms and protecting your ecosystems, economy, public health, infrastructure, and more.

Why Should Invasive Species Matter to Local Governments?

From local parks to agricultural businesses, invasive species can kill and limit biodiversity as it pertains to both plants and wildlife in your region. Without addressing these invasive critters and plants, you can expect a hit to your local agriculture industry, water supply, and food supplies, which undoubtedly will impact your local economy and quality of life. Certain species also pose a risk to the safety of your community-members.

How Can Government Technology Help With Invasive Species?

Government technology can help by: