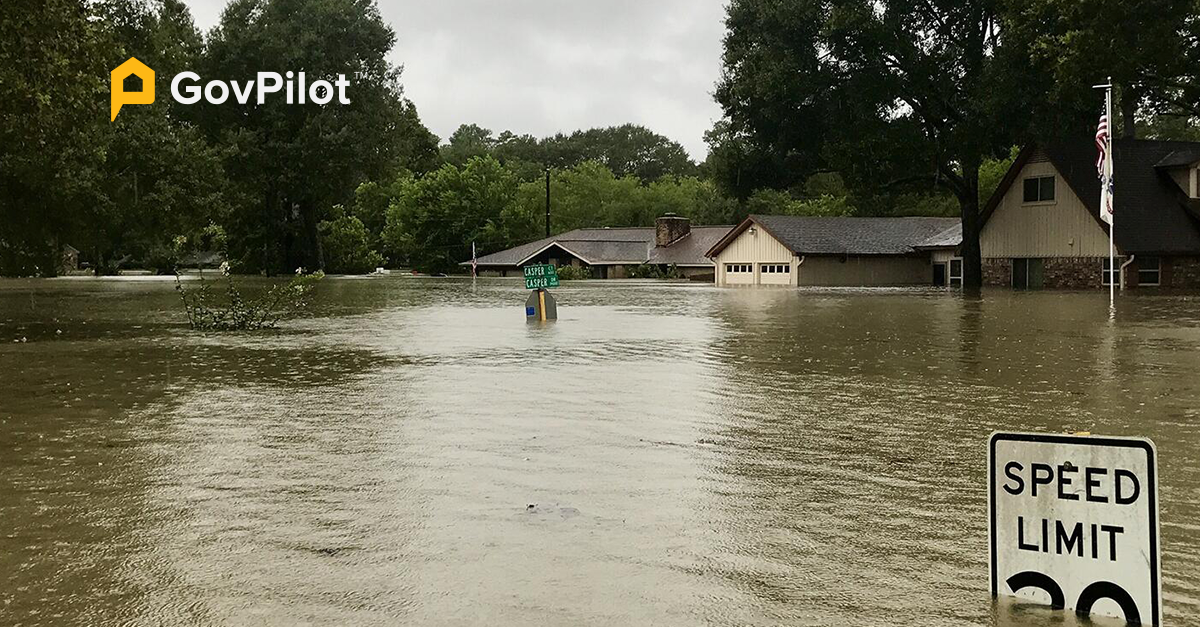 Are you concerned that your community is not suited to withstand a flooding disaster? It’s understandable. Of all the natural disasters that can occur, flooding is one of the most impactful, and challenging emergencies to prepare for and respond to. Keep in mind that anywhere it rains, it can flood... and climate change is worsening the risk everywhere.

That’s why any local government, regardless of location, should be prepared to withstand a sizable flooding incident. Unfortunately, as many recent disasters have horrifically demonstrated, many local governments are not prepared to respond over the long-term to the devastation caused by flooding. And, of those that do have a response plan, an even smaller percentage have a long term recovery plan, despite the fact that damages from flooding often take years to repair and rebuild.

President Biden recently confirmed that $1 billion dollars will be allocated to help local communities prepare for natural disasters, meaning your municipality will have money to spend specifically on the mitigation of floods and other disasters

In the meantime, here are ways to prepare for a flooding emergency, as well as some of the ways you can respond and recover following a severe flood.

Why Do Local Governments Need to Be Concerned About Flooding?

Flooding can cause millions of dollars in damage to your community, and recovery can often take years. To make matters worse, floods are amongst the least predictable types of natural disasters, meaning that even if you have designated flood zones, history doesn’t assure that a previously unscathed area is safe from flooding in the future especially as climate change continues to cause more severe storms and flooding.

As a result, local governments need to take action to protect their physical and IT infrastructure, prepare constituents to react appropriately in the case of a severe flood, and have a response plan in place to move quickly to address damages.

What Are the Phases of a Flooding Disaster Preparedness Plan?

Here are the ways you can prepare and respond to a flooding emergency:

Mitigation is the process of being proactive well in advance to reduce the potential impact of a storm.

Some of the most prominent flood mitigation techniques:

Taking mitigation steps for flooding just sometimes isn’t enough, as freak storms can cause damage to even the most precautious communities. As a result, you’ll need to take steps as a local government to make sure everyone is prepared.

Local governments should make available critical information and resources to constituents about how to effectively prepare for disaster and the steps to take in order to recover efficiently. The national disaster resilience and recovery non-profit, SBP, whose mission is to shrink time between disaster and recovery, has compiled a comprehensive, easy to use library of critical pre and post-disaster resources for home and business owners. The resources, including eLearning courses, videos, and PDF guides can found at sbpprotects.org can be shared on your government website or distributed physically as appropriate.

The organization recently partnered with AT&T to create a mobile app called “Equip”, which is designed to provide home and business owners with interactive guides and checklists to help them prepare for and recover from disasters including floods, hurricanes, tornadoes, and fires.

Here are ways to prepare for a severe flooding incident:

These resources from national disaster recovery nonprofit, SBP are invaluable.


Pre-disaster resources from SBP are a great place to start and can easily be made available to constituents. 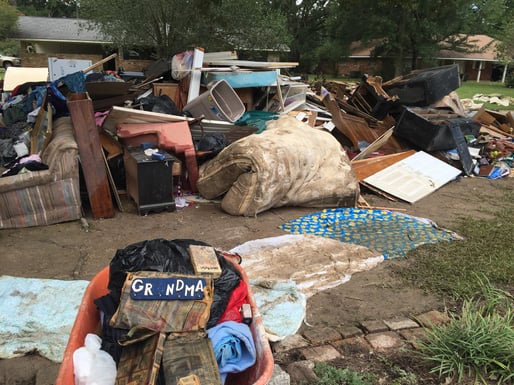 The immediate actions taken after a flood occurs are vital. Here are some of the crucial actions you’ll need to take right after flood water strikes:

Making a full recovery from a major flood isn’t something that happens overnight.

Here are some of the steps that will need to be taken in the long-term to recover from a flood:

Flooding can devastate a community. The unfortunate reality is that flood is the most common natural disaster and can occur anywhere it rains. Even heavy rainstorms can cause massive damage. Lives can be lost, homes can be destroyed, and precious data and records can be gone for good.

Fortunately, a well thought out disaster preparedness plan can help your community to bounce back from even the most severe storm. Take the time to mitigate and prepare for storms now so that you won’t be caught off guard when a flood strikes.

Government management software is one of many important flood mitigation solutions. To learn more about how it can help mitigate the impacts of a flood and other natural disasters, and help local governments ensure a predictable recovery, schedule a consultation.

1. What is flooding mitigation?

Mitigation is defined as taking preventative measures against a potential catastrophe such as a storm or wildfire. In the case of flooding, it is taking action to prevent flood damage from destroying physical and IT infrastructure.

Some examples of flood mitigation solutions are using cloud based storage systems for your government data, establishing areas known for flooding as flood zones, and building water diversions such as dams or dikes to prevent floods.

2. How should your municipal government prepare for a flood?

Even with a proper mitigation strategy, bad storms can still wreak havoc. As a result, you’ll want to prepare for instances of flooding to still occur. Have an emergency preparedness plan in place that outlines evacuation routes, communication methods to contact constituents, and a response strategy. Train local community members on the best practices to prepare and respond to a flood. Last but not least, encourage people and businesses to purchase flood insurance.

3. How should your municipal government respond after a flood?

Taking action immediately after a flood unfolds is critical to save lives. Quickly implement your emergency preparedness plan by performing search and rescue missions. Update your GIS maps based on where there is damage in your community.

Make sure you’re in touch with the federal government as quickly as possible. It takes time to get relief funding from FEMA, so you’ll want to get the ball rolling sooner than later so you can begin to rebuild.

4. What actions are needed to fully recover from serious flood damage?

Recovery from a flood takes time. In order to give your constituents a return to normalcy and to prevent future storms from causing similar damage, update antiquated infrastructure to better withstand storm waters, build a roadmap for how federal funds will be spent so you can take action quickly when it arrives, and keep communication lines open between your municipal government and concerned constituents.

5. Does my municipality need to be concerned about flooding?

Unlike other natural disasters that primarily occur within specific regions, floods are particularly threatening in the sense that they can happen anywhere that rainfall can occur. As a result, regardless of the state you live in, your municipal leadership should take action to prepare for floods. That being said, data from World Atlas states that all states in the eastern portion of the United States through more western states like Nebraska, Texas, Colorado, Oklahoma, Kansas, and the Dakotas are most prone to flooding.