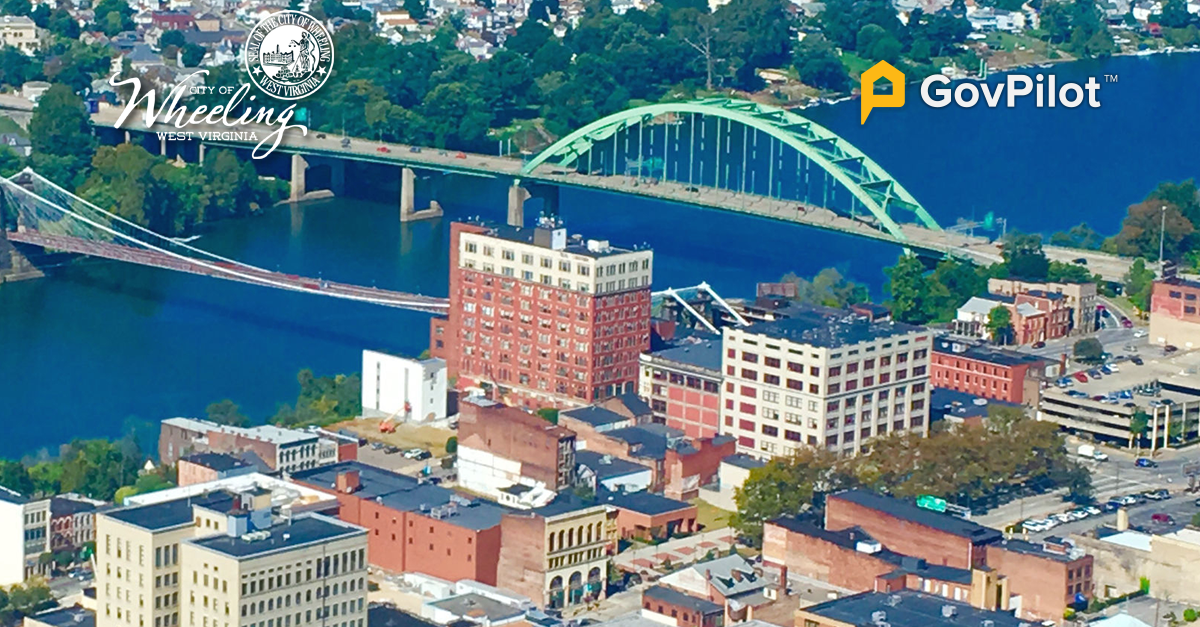 Wheeling, WV., November 24, 2021 - A transition from paper to digital processes is underway in Wheeling City, West Virginia where local officials have sought greater efficiency in municipal operations and constituent services. The city recently partnered with GovPilot, a New Jersey based provider of cloud-based government management software.

Officials from Wheeling will work with GovPilot to implement a number of digital capabilities and public facing forms that aim to make operations more efficient and services more convenient for constituents.

Wheeling will soon deploy GovPilot’s Report-a-Concern feature which enables residents to report non-emergency concerns such as potholes or general code violations directly via a digital form on the city’s website, or through an app on their phone, called GovAlert. The app, available to residents on Android and iOS devices is easy to use, and routes citizen concerns directly to the relevant municipal department so that the issue can be resolved quickly.

City Manager, Robert Herron said he is looking forward to the implementation of GovPilot. “By streamlining the processes in the Building & Planning Department via technology, we will be able to address issues in a timelier fashion and garner the good results our residents expect,” he said.

Tom Conelly, the Director of the Building and Planning Department noted, “Prior to GovPilot and their GovAlert app, constituents needed to either walk-in, call, email or file a request on the current 311 system to report issues. However, all of the staff’s follow-up activities were manually done. This improved software, along with tablets for use in the field preloaded with city code, will enable them to photograph a violation and quickly complete a violation notice.”

Councilman Ben Seidler added, “The tools that will now be available via GovPilot will make an immense difference with regard to efficiency and will allow our code enforcement officers to be more productive and accountable moving forward.”

Michael Bonner, the founder and CEO of GovPilot said, “We are excited to work with Wheeling on its early stages of digital transformation. Funds from the American Rescue Plan Act have spurred local governments to implement digital services. In partnering with local governments across the country we have found that digital processes generate significant increases in efficiency and productivity that have a positive impact on local budgets, services, and constituent experience. We expect to see similar results in Wheeling.”

This press release appeared on PRNewswire. Read it here.