Trial, Error and Necessity: The History of Local Government in the United States 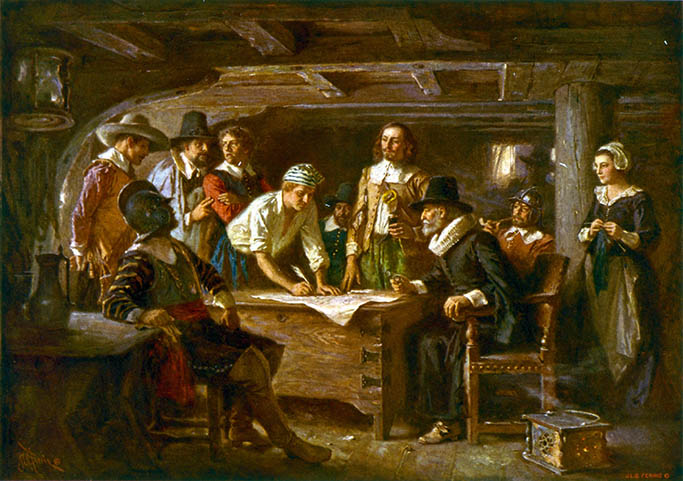 In just under two weeks, our nation will turn 241 years old. While we are always happy to celebrate with a barbecue and fireworks display, we’d like to pay tribute to local government’s far longer, oft-overlooked history.

For instance,  on this day, in 1788, New Hampshire became the 9th and (at that time) final state to ratify the United States Constitution, bringing it into full effect. The US Constitution’s 10th amendment places power in the hands of local government—an official acknowledgement of an institution that predates the US itself. Join GovPilot as we track the evolution of local US government—from its earliest incarnations to the present day.

The nation’s first local government was formed before the administration or constituents had set foot on US soil. On November 11, 1620, passengers aboard the Mayflower fleeing English religious persecution drafted and signed a civil contract to abide by when they reached the new world.

In signing the Mayflower Compact, members of this group, that came to be known as Pilgrims, bound themselves into an orderly society with offices, laws, and institutions to aid the common good. These laws, they agreed, were to be supreme and obeyed.The Pilgrims had signed the Mayflower Compact with the intent to “provide the basis for  secular government in America.” Mission accomplished.

The Pilgrims’ prioritization of law and order had a profound influence on the formation of municipal government—even if early execution was a bit clunky. Case in point: colonial municipalities protected residents through the establishment of a night watch committee—a system of constables and law enforcement personnel, usually paid by the fee system for warrants they served. The night watch may not have had official  uniforms, but constables wore many hats. In addition to leading law enforcement, the local constable was often called upon to survey land and verify the accuracy of weights and measures.

The establishment of a federal government didn’t take power away from local government. In fact, it reinforced it. States, counties and municipalities slowly, but surely, developed processes that form the foundation of local government as we know it today.

Post-Revolutionary War urbanization and commercialization led many municipalities to develop supplemental day watches, but the concept of a centralized municipal police department did not emerge until the 1830s. In 1838, Boston, Massachusetts established the first American police force and cities like New York, New York and Chicago, Illinois soon followed suit. 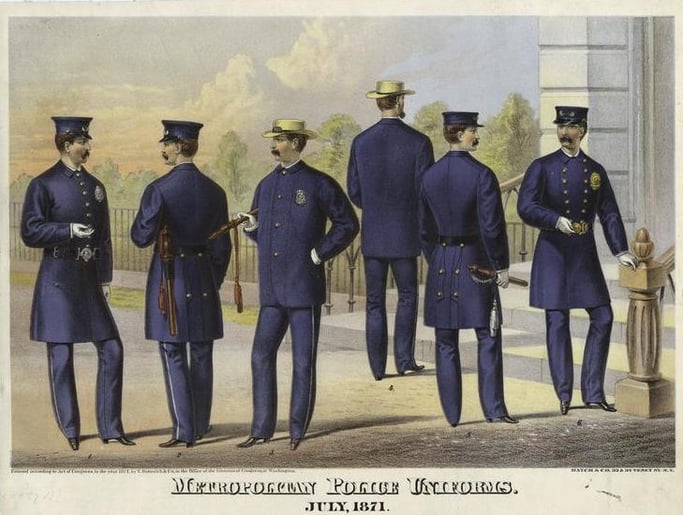 A standardized fire department was even slower to form. In the 19th century, life was illuminated by candlelight and fire was a frequent threat. Though volunteer fire companies existed, they were few and far between.

In densely populated urban areas, the average household owned a leather bucket to be used in the event of a nearby fire. In what came to be called a “bucket brigade”, residents of surrounding homes would run to help or at least toss their buckets into the street for volunteers to fill with water and dump on a conflagration. Constituents would rest their lives and possessions on the kindness and competency of neighbors until 1853—when the first company of full-time, professional firefighters was founded in Cincinnati, Ohio.

The establishment of police and fire departments may have provided 19th century city dwellers with more security, but one hazard still persisted: heaps of garbage.

In New York City, “taking the trash out” was just that—placing spoiled food, deceased pets and unwanted furniture on the street. Whereas wealthy neighborhoods hired private sanitation companies to dispose of waste, trash thrown-out in poorer neighborhoods was left unattended. 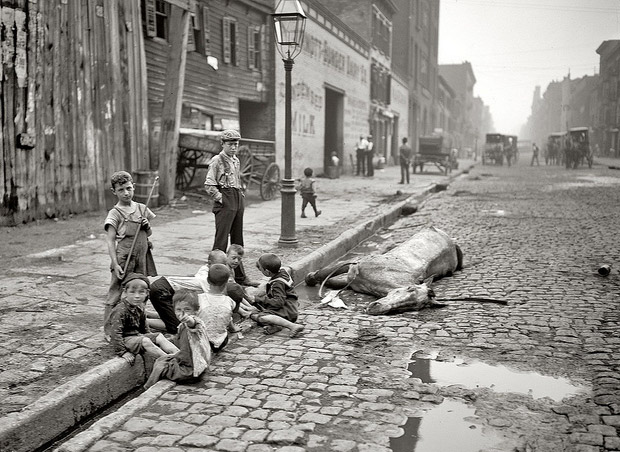 In 1894, New York City Mayor, William Strong, appointed Civil War veteran and self-proclaimed, “Sanitary Engineer”, George Waring, to rid Manhattan’s streets of trash. Waring assembled and trained a group of like-minded men. Armed with street sweepers and dressed in police helmets and all-white outfits, Waring’s “White Wings” were a bastion of order and cleanliness in a sea of trash. The White Wings served as the precursor to today’s sanitation departments.

Free from the health and safety concerns of yore, many local governments are focusing on streamlining operations, engaging constituents and fulfilling their full potential with GovPilot’s revolutionary management platform.

In a few centuries, people will look back at how local government currently operates and GovPilot clients will stand-out as pioneers of a better breed of government. Schedule your free consultation and learn how your administration can make history.