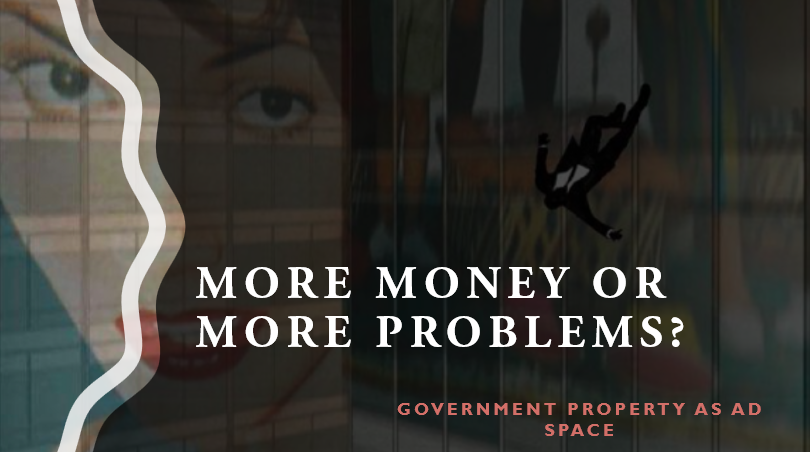 Winning 15 of its last 16 National Collegiate Association Athletic (NCAA) conference titles, the University of Louisville Cardinals men’s basketball team boasts some of the most talented young athletes in the United States. Watching the Cardinals glide aross their home court with exemplary grace, it is easy to forget that the stadium is named for fast food titan,KFC—a company that has found itself the subject of lawsuits and countless articles accusing it of contributing to the global obesity crisis.

The University’s alignment with KFC is less a display of state pride than another example of local government generating revenue by selling assets as advertising space to private corporations. The  practice began to gain traction a decade or so ago, at the height of the economic recession, and continues to be a common way for cash-strapped local governments to generate revenue, without raising taxes. As with all topics explored through GovPilot’s “More Money or More Problems?” series, the practice has gained supporters and garnered criticism. See both sides of the debate below. 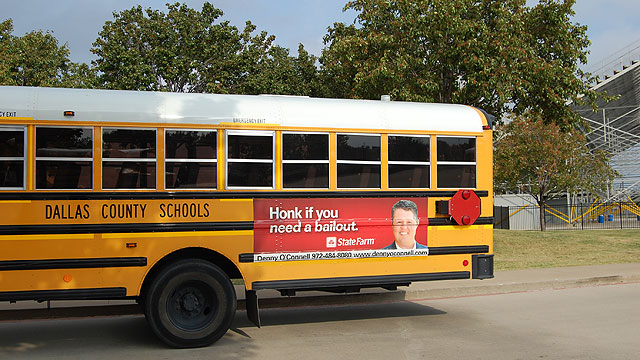 Advertiser money funds community building. Money makes the world go ‘round, or in the case of local government, makes the wheels on the school bus go ‘round and keeps the titular lights on during the annual tree lighting ceremony. In 2011, Buffalo, New York’s Erie County Holding Center began displaying ads on high-definition television screens for defendants to see immediately after arrest. The $40 a week spots, most advertising defense attorneys and bail bondsmen, ran on a loop along with informational messages from the holding center.At the time, Anthony Diina, president and owner of Metrodata Services, the private company hired to run the system, told the New York Times that he expected the program to bring the county $8,000 to $15,000 a year.So long as money is coming in, supporters argue, it doesn’t matter where it is coming from.

It’s tradition. A name brand splashed on the side of a city trash can may be a more common sight than it once was, but cities have long accepted advertiser money. Proponents of government-corporate partnerships cite towns, such as Granville, North Dakota. In 1998, Sazerac Co., a New Orleans, Louisiana-based distributor of Dr. McGillicuddy's mint schnapps, decided that Granville was the snow-covered small town that best embodied its brand aesthetic. The newly minted McGillicuddy City collected $100,000 over the next four years, which helped finance a new community center. "These small towns, they don't have a lot going for them,"explains one resident, whose grandparents were among Granville's original homesteaders,"you just take what you can get.” 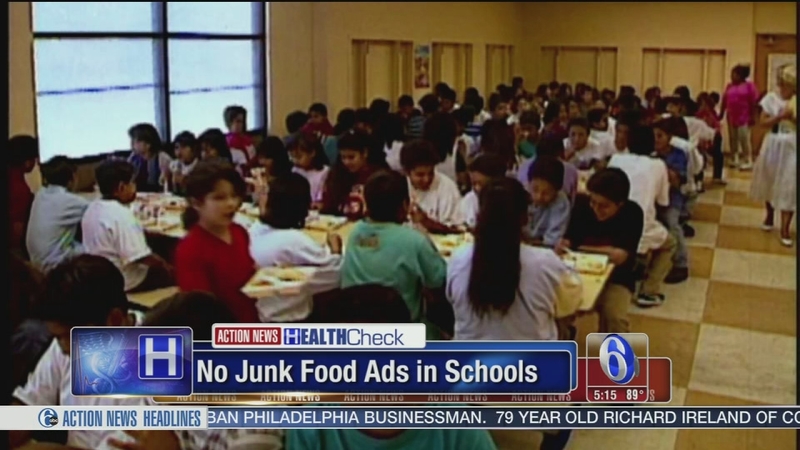 Ads are an eyesore. Specifically, "unnecessary, visual pollution," according to Vanessa Gruen, special projects director at New York's Municipal Art Society—the nonprofit that famously saved Grand Central Station from demolition.Gruen’s is one of the most prominent voices in a large contingent of Americans who see corporate advertising on government property as a symptom of capitalism gone too far. This argument is reminiscent of the backlash against Domino’s Paving for Pizza campaign, in which the chain funded well-publicized pothole repairs in underserved municipalities. Automobile and transportation related news website, Jalopnik, called it, “less emblematic of corporate philanthropy than something from a William Gibson cyberpunk dystopia novel, where the government has become so weak and useless, private corporations have been taking over the basic upkeep of the nation.”

Ad content courts controversy. As media theory godfather, Marshall McLuhan, observed, “the medium is the message.” By displaying a company’s advertisement on its assets, a local government is seen as implicitly endorsing the brand’s product and values. This may be especially problematic when it comes to advertisements on public school property.“Mandatory education laws are based on the idea that education is good for society, and is good for kids,” says Josh Golin, associate director of Campaign for a Commercial-Free Childhood, a nonprofit organization. “That argument falls apart when you’re talking about mandatory exposure to advertising.”While many states have prohibited school bus advertising for alcohol, tobacco and sexual content, none have ruled out displaying ads for junk food, he says. “When concern about childhood obesity is at an all-time high, and there’s a focus on taking junk foods out of schools, it’s still possible to see ads for those very same products on the sides of school buses.It makes no sense.”

Is the sale of advertising space on government property a clever solution for cash-strapped districts or a practice that hurts eyes and young minds? Express opinions in the comments section.

Modern Government 2022: Technology and Events Shaping the Future of the Public Sector

The Insider Threat Related to Cybercrime