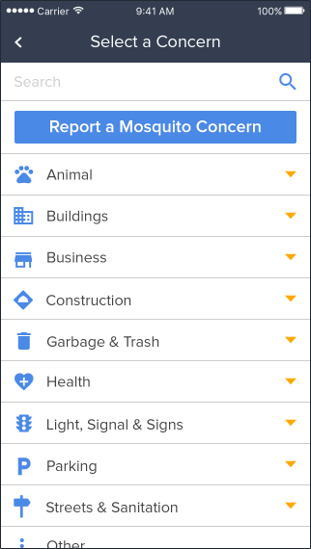 When we last discussed Zika in late summer, vector mosquitoes had just been detected in Miami, Florida and Camden County, New Jersey’s Mosquito Commission was doing everything in its power—including implementing GovPilot—to ensure that it wasn’t next. Camden County succeeded, but local governments’ work to prevent the spread of the Zika virus throughout the United States is far from over.

As temperatures cooled and mainstream news coverage turned toward the presidential election, the medical community continued its dogged quest to learn all it could about the Zika virus. After weeks of research, its brightest luminaries emerged with a grim forecast.

Sunday night’s 60 Minutes featured an interview with Dr. Anthony Fauci. As Head of Infectious Diseases at the National Institute of Health, Dr. Fauci has tracked every virus to threaten the American people since the 1980s. With its surreptitious transmission (a bite from a vector mosquito, sexual contact with an infected, sometimes symptom-free partner) and devastating potential outcomes (microcephalic babies, paralysis) Dr. Fauci considers Zika to be one of the most vicious. The medical community still has a much to learn about Zika. By optimistic estimates, a vaccine is over one year away.

The bad news continues to trickle in. Speaking at the recent CityLab 2016 conference, Thomas Friedan, Director of the Center for Disease Control and Prevention (CDC), announced that "Zika and other diseases spread by (the Aedes aegypti mosquito) are really not controllable with current technologies."

Friedan went on to predict that the virus will “become endemic in the hemisphere.”

The future of Zika in the United States, Friedan maintains, rests on local government. He urges mayors and city officials to bolster Mosquito Control divisions, public health budgets and to educate citizens about the looming threat.

Through its convenient digital forms and efficient automated workflows, the GovPilot platform helped local governments across the nation mitigate the damage of Zika’s US debut. While GovPilot is saddened to hear that the virus still poses a huge threat to the American people, we wholeheartedly believe in local governments’ power to quell the virus’ spread as well as the panic surrounding it. GovPilot’s new app should help.

Soon available for Android and iOS, the free GovAlert mobile app empowers citizens to alert government officials to local instances of mosquito infestation in the time it takes to send a text message.

The app prompts users to snap pictures and write descriptions of neglected swimming pools, heaps of garbage and other potential Zika breeding grounds. Once submitted, device location settings ensure that the mosquito-related concern is directed to the local government official responsible.

The GovAlert mobile app provides local government with detailed, firsthand accounts of mosquito infestation—records that will come in handy as mosquito-borne Zika continues its journey across the US.

If the administration is already a GovPilot client, the concern is addressed through the same efficient GovPilot process that made Camden County’s Zika prevention program such a success.

If the administration does not use GovPilot, officials are still notified. They are invited to adopt GovPilot and effectively prevent the spread of mosquito-borne illness and quell the anxiety surrounding it

GovPilot CEO and founder, Michael Bonner, believes that the crowdsourced information collected by the GovAlert app, “will go a long way in helping to prevent the spread of Zika.” He adds that, “It is up to government to spread the word about GovAlert.”

The Zika pandemic is winding its way to your community, but local government holds the power to change its course. Harness it with GovPilot and GovAlert.