E-Bike Laws at the Local Level: Considerations for Local Governments 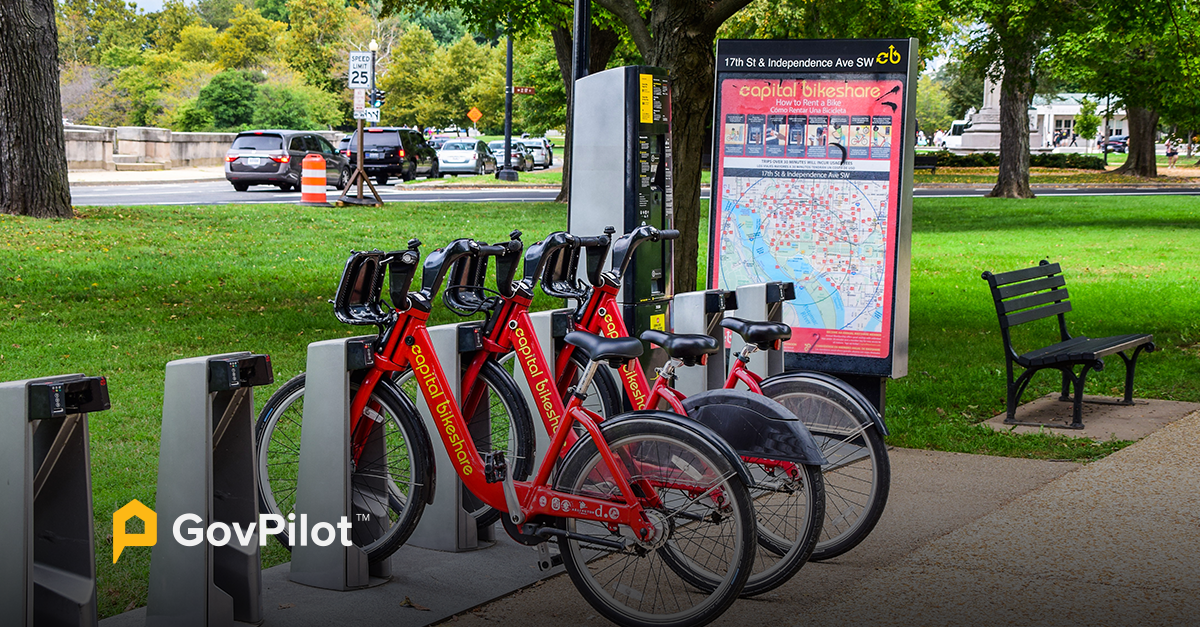 Read on for help making decisions around local policies pertaining to electric bikes.

What Are E-bikes? Why Are They Growing Increasingly Popular?

Electric bikes are exactly what they sound like: bikes powered by an electric motor that engages when riders either push a button or pump the pedals. These bikes require no special license or permit to operate and are easy to ride, because they move very similarly to traditional bicycles.

Cities and towns of all sizes have recently accepted electric bikes into the infrastructure of their communities. This mode of transportation is convenient and easy to understand which makes it so popular; e-bike purchases even surpassed traditional bike purchases in the past year, nationwide.

Pros & Cons of Electric Bikes at the Local Level

Obviously, there are major pros to a fast-paced bicycle that can get you across town without so much as breaking a sweat. Yet, there are reasonable safety concerns for both the rider and nearby pedestrians.

Here’s the pros and cons for your local government to consider when determining local policy:

The Benefits of Electric Bikes

1. Easier Accessibility to Get Around Town

Electric bikes are designed to create an easier, more convenient riding experience than traditional bikes because with faster and effortless pedaling. The ease of physically riding these bikes makes getting around town quick and more effortless than walking, with speeds even comparable to cars. Some cities even have e-bike rental docs where people can rent a bike for a couple of minutes and then park it at one of many convenient e-bike stations.

E-bikes make local travel so simple that people often opt to ride an e-bike around town rather than driving their car. Riding electric bikes is a great alternative to driving cars which decreases the overall use of cars in your community. Less usage of cars only increases local sustainability and has a positive impact on the environment, especially when people develop the habit of riding e-bikes over driving cars.

The turnout at public parks and other community areas increases when people have the ability to take a convenient ride on their e-bike and dock it for a quick stop. Often bike routes lead right to or through public parks, which also increases the amount of visitors to the parks.

Accessibility to local parks is said to increase the local quality of life and increase property values.

Biking is a healthier form of around-town travel than driving. Biking is already a very popular form of exercise for many people, and introducing e-bikes in your community can encourage more sedentary constituents to make a healthier choice for getting around. When more people in the community are biking regularly, the form of exercise is integrated into their routine and improves the overall public health as the popularity of biking grows.

The Cons of Electric Bikes

E-bikes are convent because their speeds rival that of a car driving in residential areas, however their speed is also a reason to be cautious of the bikes. Electric bikes can reach average speeds of 20-28 miles per hour. These speeds can be dangerous for inexperienced riders on the road, especially when driving through road lanes with cars.

The introduction of a new form of transportation will undoubtedly cause increased congestion on the roads, especially if the community does not have bike lanes integrated into the streets. Cars will have to adapt to making space for e-bike riders and the additional people traveling on the roads daily.

4. Youth Endangering Themselves and Others

The importance of e-bike safety cannot be stressed enough, especially with the bikes reaching such high speeds. Due to the fact that there is no age-requirement to ride these bikes, officials must assume that kids and teens will be increasingly taking advantage of this form of transportation. The youth riding these bikes will be less experienced on the road than adult drivers, and less experienced operating any vehicle with a motor, so precautions must be taken to ensure that children do not endanger themselves and others on the roads.

How Can Localities Issue E-Bike Violations on the Go?

GovPilot’s code enforcement software allows localities to issue violations and charge violators on-site with a mobile code enforcement application. The location of violations will be stored via a GIS map of your community as well, allowing local leadership to look for trends around where these violations tend to occur for future strategic planning.

Integrating Electric Bikes Into Your Community

Now is the time for local government departments to utilize available government technology and enforce the policies they deem appropriate for e-bikes. Consider your community and what can be achieved by integrating e-bikes alongside electric bike ordinances and policies for safe, easy transportation around town.

To learn more about GovPilot can help with code enforcement and beyond, book a free demo.

What are electric bikes?

Electric bikes are bicycles that are powered by an electric motor. E-bikes reach speeds of up to 28 mph and are often driven on the road alongside cars in pedestrian areas.

How can electric bikes increase accessibility to your city?

Electric bikes increase accessibility in cities by creating a fast and convenient way to navigate throughout town without needing access to a car. These e-bikes are also a cheaper and more eco-friendly option for constituents to use.

Why are local regulations needed for e-bikes?

Local regulations are very important to implement when introducing e-bikes into your city because these are very fast bikes that hold potential risks for riders. The best way to mitigate the risk is to place laws and regulations around who is eligible to ride the bikes, where they can be used, and what speed they can reach.

E-bike ordinances can be enforced through the normal legal process when a bike is registered with the locality before it is able to hit the roads. There is also complaint management software provided by GovPilot which allows local community-members to engage in civic engagement by reporting e-bike issues. This helps to manage and track reports of risky behavior or broken ordinances done by e-bike riders.